Just like the famous Wallenda brothers, when your immune system is balanced and calibrated, it can keep you safe and healthy during times when you feel like you are walking on a tightrope high above the ground. Stressors— environmental, mental/emotional and physical—all conspire to hamper the immune system’s effective functioning, creating an imbalance that may result in colds, fl u and exacerbated allergies. Cold and fl u can reach epidemic proportions during the winter months. There are more than 95 million fl u cases in the United States annually, according to the Centers for Disease Control and Prevention, and more than 62 million cases of the common cold.

When the immune system is balanced and healthy, it launches a series of events to engage in battle with an invading virus. Interferon gamma plays an important role in the first line of defense against viral infections; they are part of the non-specific immune system and are induced at an early stage in viral infections such as in influenza—before the specific immune system has had time to respond. Interferon-gamma is produced by certain activated T-cells and NK cells and is made in response to viral antigens or when stimulated bylymphocytes. Interferons are responsible for reacting to conditions like colds,
fever, shivers, migraines and gastrointestinal disorders. Interferon gamma interacts with other interleukin molecules such as interleukin-2 and others to form a complex, lymphokine regulatory network. Think of it this way, when your immune system is unbalanced, it’s like being a ship that’s listing to one side or stuck in the doldrums. ParActin® can help right the ship and move it forward for smooth sailing. 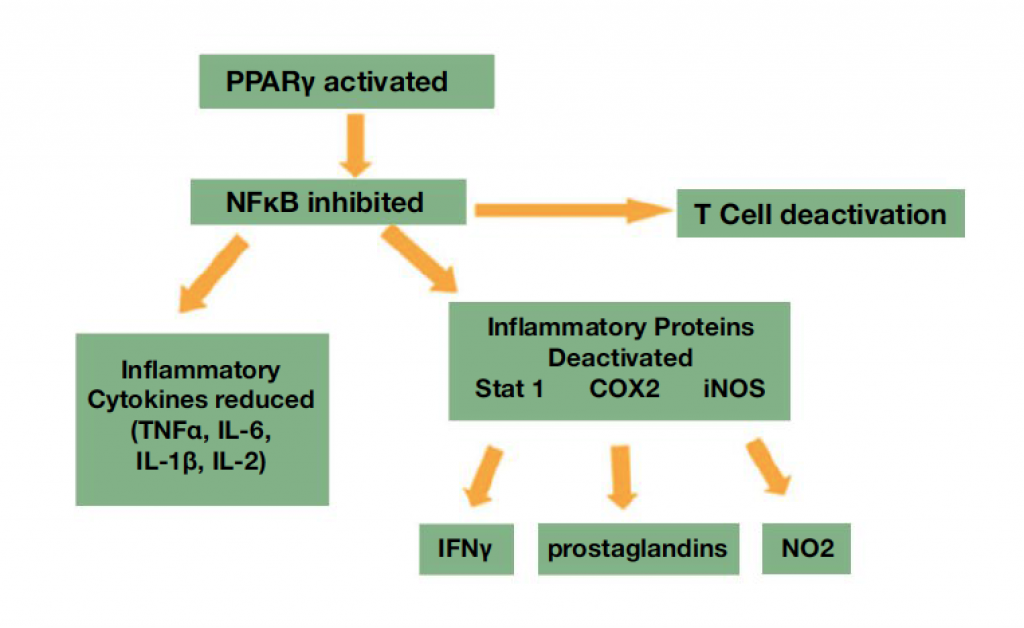 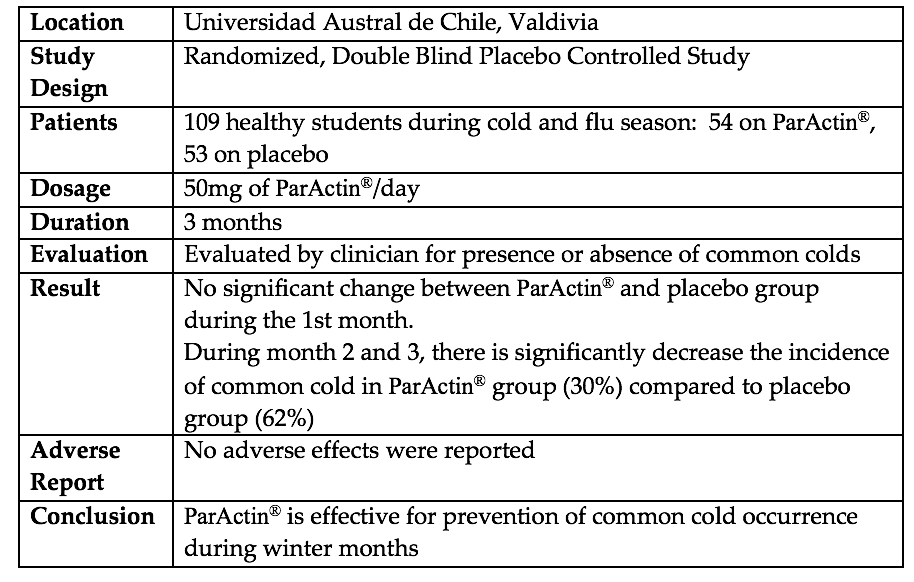 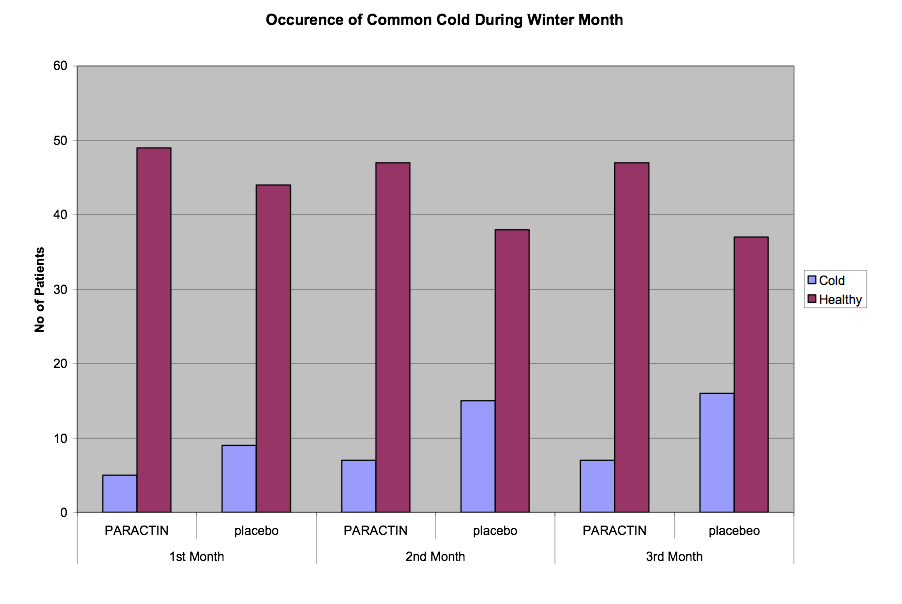 ParActin® (14-Neo-Andro) Reduce the Intensity of Symptoms and signs of common cold. 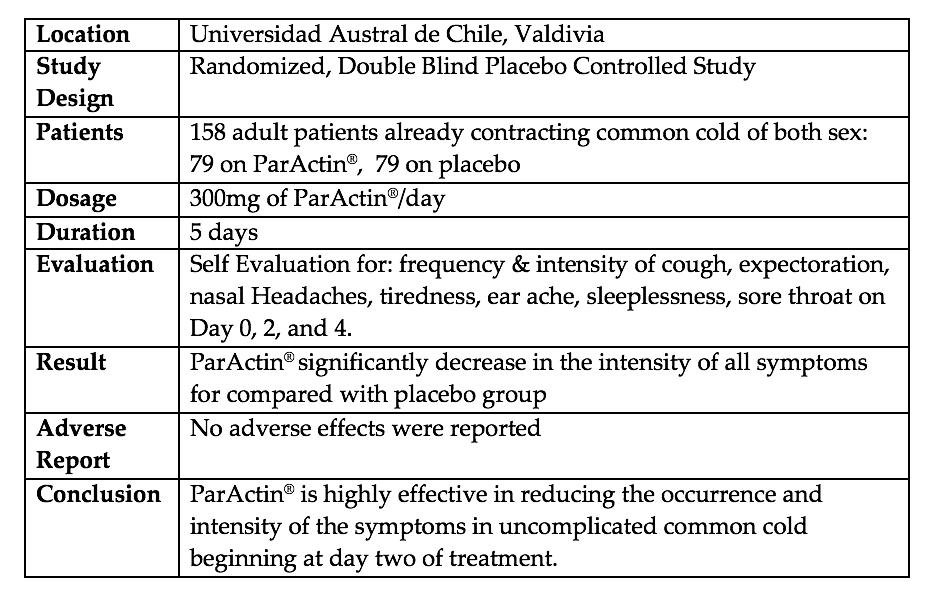 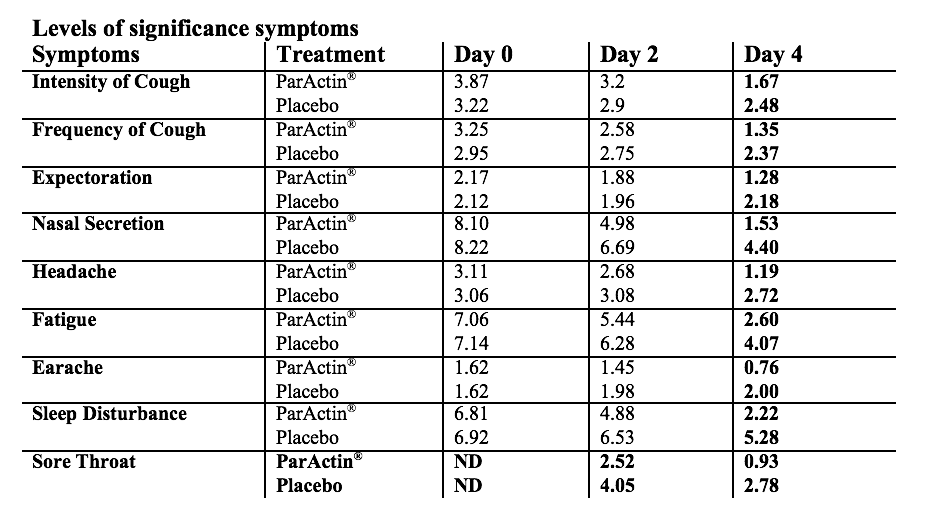 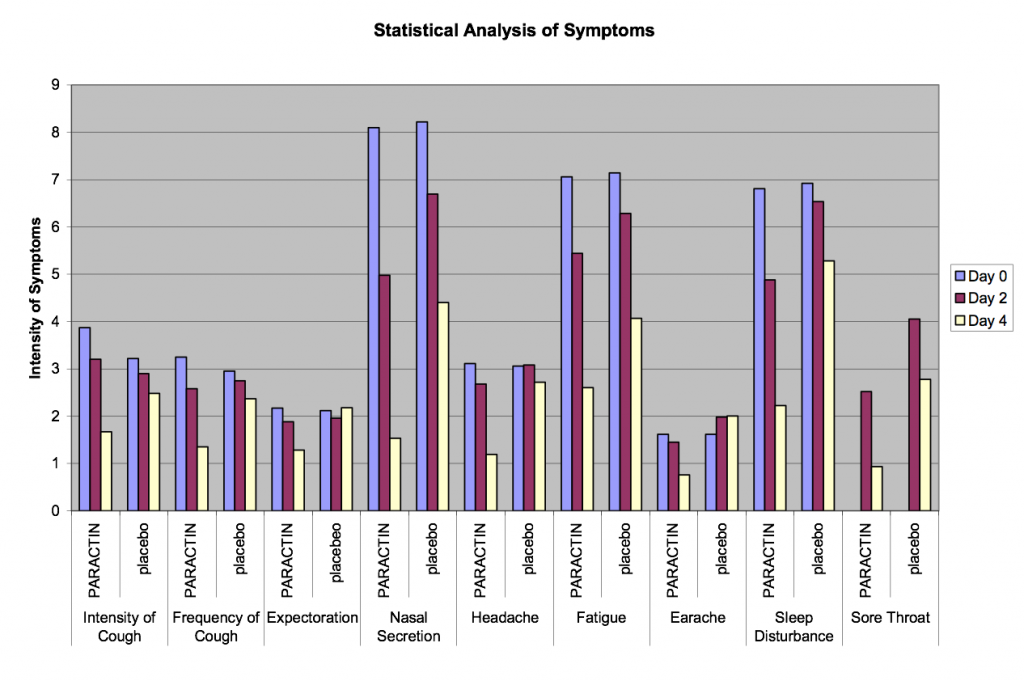 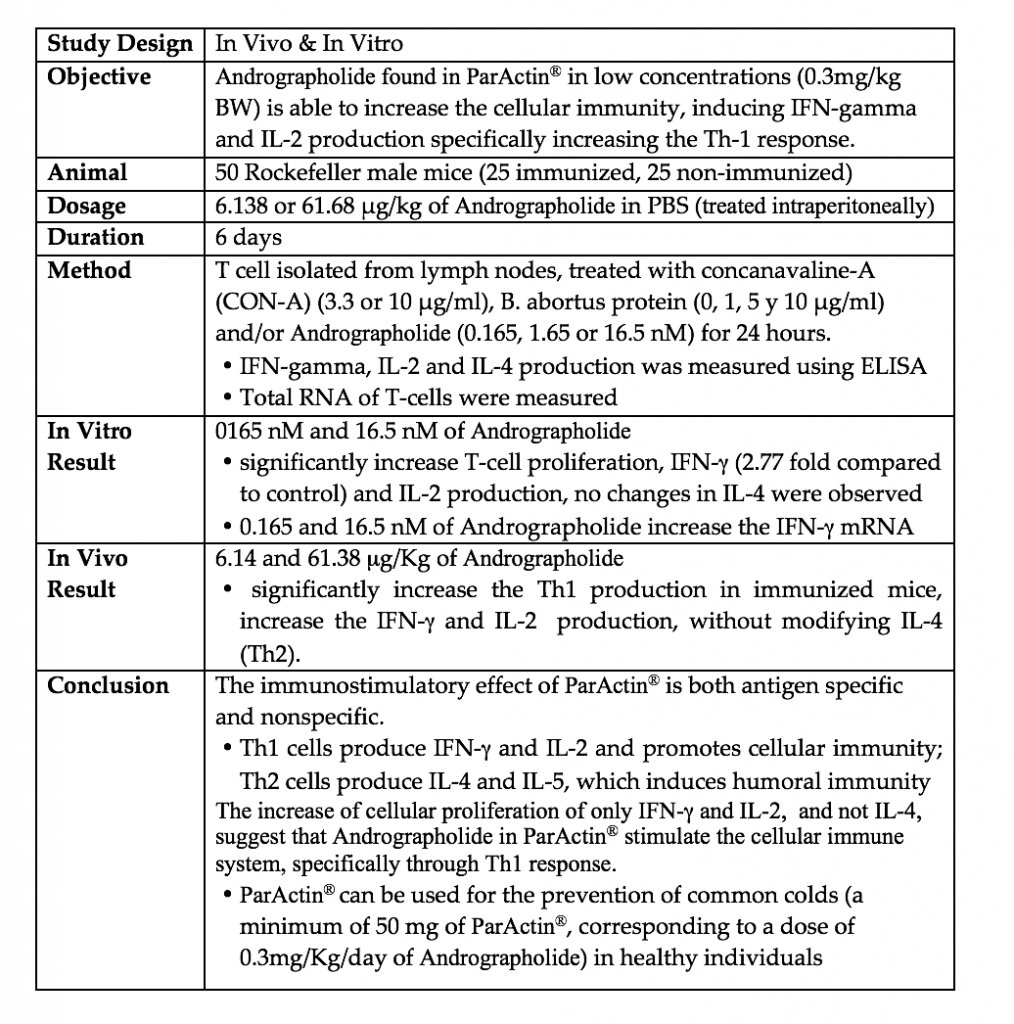 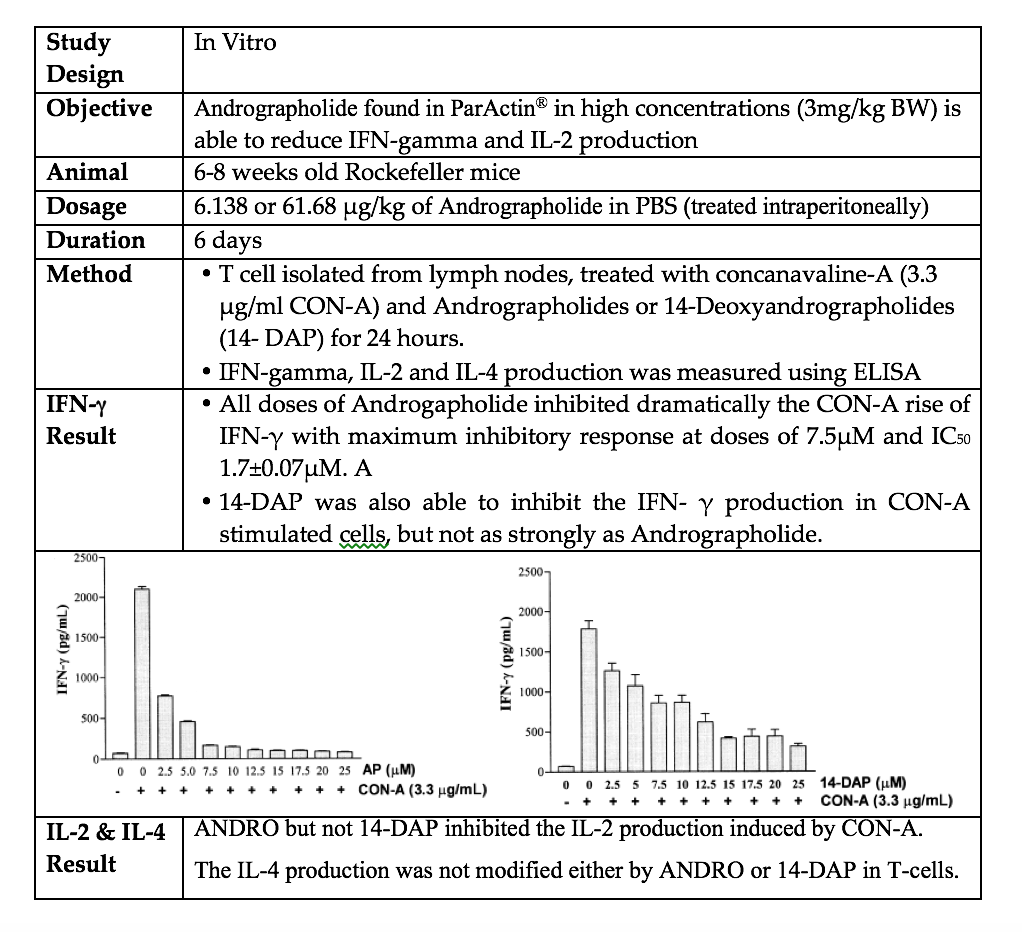 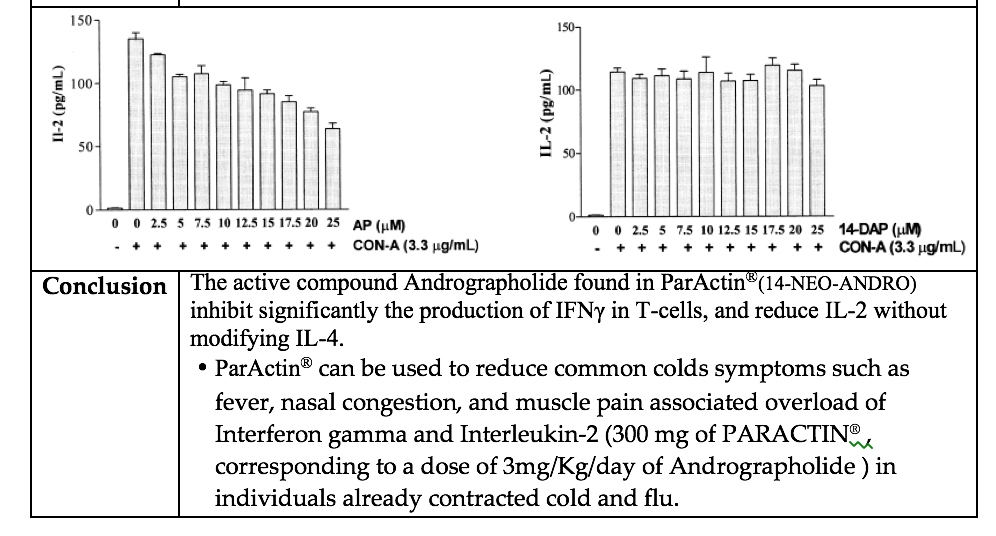