This degradation is caused by Interleukin-1β (IL-1β) cytokines, which trigger the over-production of cartilage-degrading enzymes called matrix metalloproteinases (MMPs) in the synovial cells and the chondrocytes. This leads to a progressive loss of the cartilage matrix, which is composed of biochemicals aggrecan, hyaluronan (HA) and collagen. 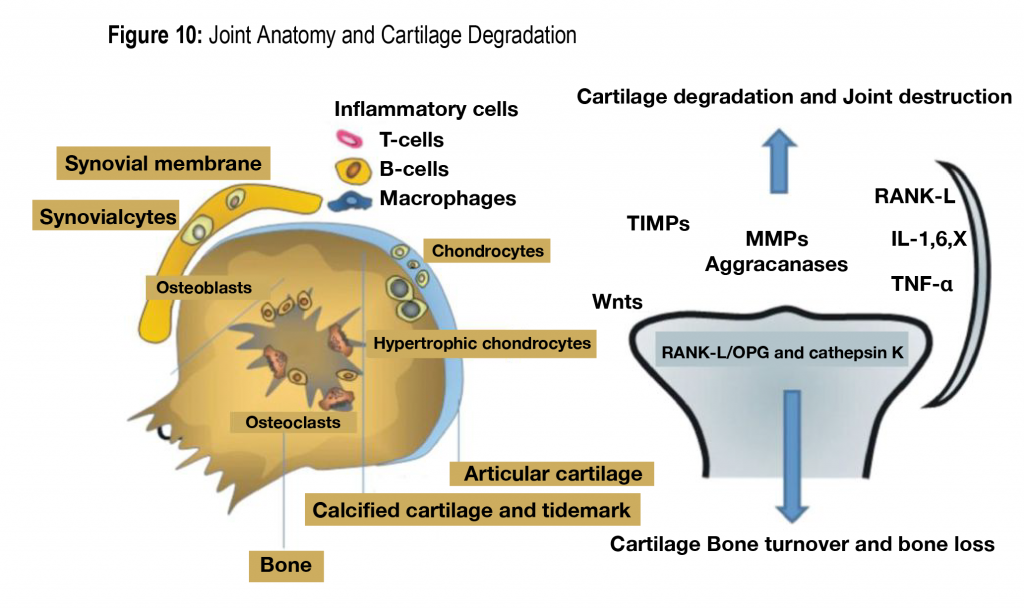 In RA, aggressive fibroblast-like synoviocytes (FLSs) are found in the
synovial tissues. These FLSs invade and destroy joints and cartilage by actively releasing pro-inflammatory cytokines. They also produce massive amounts of cartilage-degrading enzymes, especially matrix MMPs, which contribute to the invasive growth of FLSs and subsequent joint destruction.

Researchers at the La Jolla Institute for Allergy and Immunology, in collaboration with colleagues from the University of California, San Diego (UCSD), identified FLSs as the target of a potential new RA drug that focuses on cells responsible for the cartilage damage in affected joints. Current RA treatments focus on intercepting the immune system’s misdirected attack on the lining of affected joints to alleviate the debilitating symptoms, reduce inflammation and slow the progression of the disease. “Unfortunately, for around 40% of patients, immune-targeted therapies are not sufficient to bring them into full remission,” says the study’s lead author, Nunzio Bottini, M.D., Ph.D., associate professor at La Jolla Institute and associate professor of medicine at UCSD. “Even if your inflammation is completely under control with the help of current therapies—and they are excellent—the damage to the skeletal structure is not necessarily arrested in the long term because synoviocytes continue to cause damage,” he explains.

FLSs secrete proteases that digest cartilage, and they also promote osteoclasts differentiation, which in turn attack the bone and generate erosions. Blocking the action of these synovial fibroblasts will directly protect joints from cartilage destruction (8). 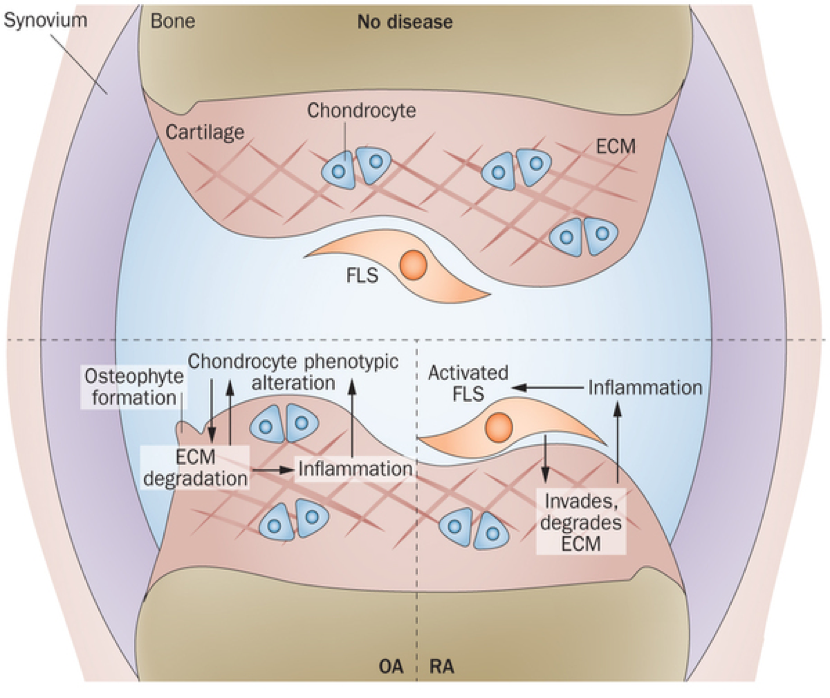 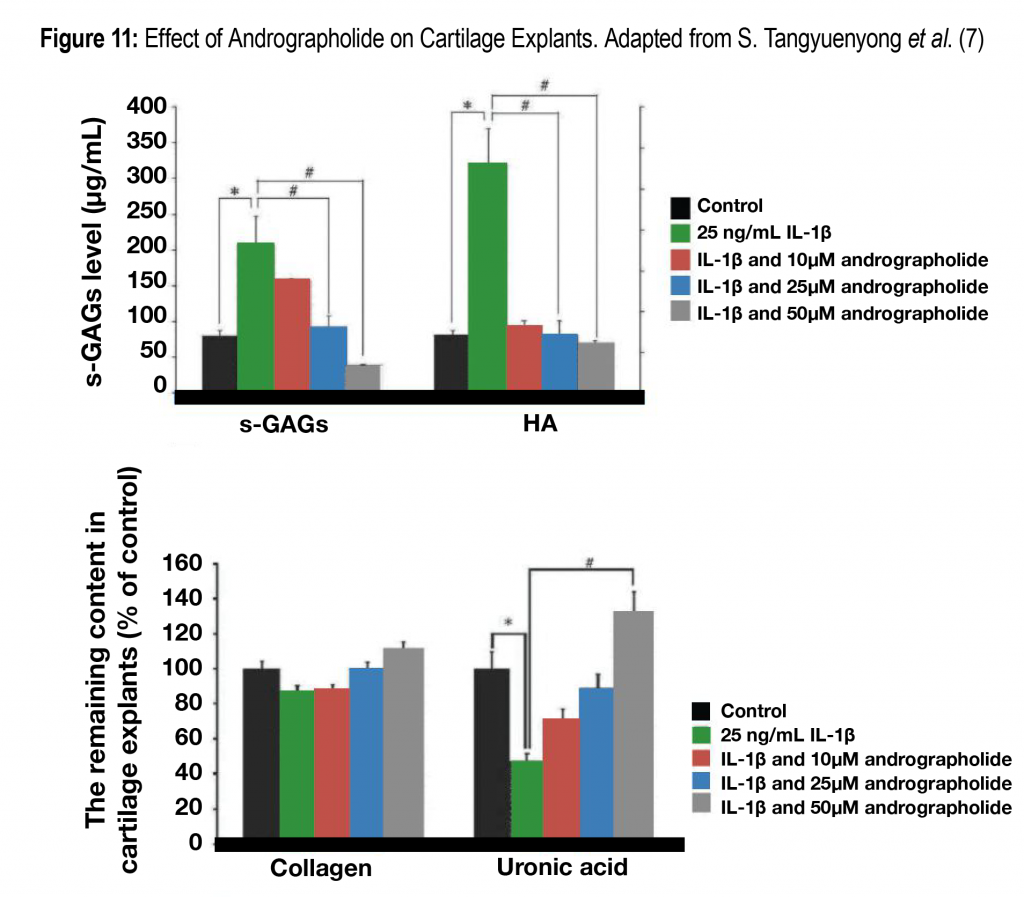 In a study published in Cell Biology Toxicology, synovial tissues were
collected from 15 RA patients who had undergone a total knee replacement therapy; the cells were treated with Andrographolide for 48 hours (9). The study found that Andrographolide induced cell death in these human RA-FLSs (rheumatoid arthritis fi broblast-like synoviocytes) via cytochrome-C release and caspase-3 activation, which play key roles in cell death. The author suggests that Andrographolide could be a potential option in supporting against joint destruction in both osteoarthritis and RA.